Today, music is everywhere and integral to our daily lives. More than half a century ago in 1956, the City of Kyoto Symphony Orchestra (CKSO) was established as the country’s first municipal orchestra. The orchestra, a notion originating in the West, was conceived as a new cultural asset of a city that cherishes its home-grown cultural traditions; as a catalyst invested with the hope of generating and nurturing yet more cultural assets by enriching the cultural life of citizens.

With the generous support of the community, CKSO has since grown into one of the country’s leading orchestras. CKSO works ceaselessly to improve its performances; and remains committed to delivering the best music, and to serving to enrich the cultural life of the public.

CKSO is determined not only to preserve its heritage but also remain relevant and valued in times to come, continuously evolving as a symbol of Kyoto, a city that has declared itself a “City open to the free exchange of world cultures.”

Created jointly toward the end of fiscal 2019 by orchestra members; the orchestra’s management body, Kyoto City Music Art Cultural Promoting Foundation; and the City of Kyoto, which is responsible for the orchestra’s establishment, the CKSO Vision for April 2020 and beyond shares with the public the intended future direction of the orchestra. The Vision is the outcome of freshly questioning the orchestra’s raison d’etre, and its value to citizens as it enters a new phase in its history.

Message from the General Director

The City of Kyoto Symphony Orchestra (CKSO) was founded in 1956, when post-WW2 Japan was in the process of rejoining the international community and resuming its path toward becoming a modern nation. After more than sixty years, CKSO, which was hoped to become a new and vital part of the city’s culture, has grown into one of Japan’s foremost orchestras. I wish to take this opportunity to express my deepest gratitude to the people of Kyoto, whose warm support and enthusiasm made this possible.
In March 2019, the City of Kyoto enacted an ordinance that defines CKSO as one of the policies of the city, becoming the only municipality in the country to do so. The aim of the move was to boost CKSO’s presence as a symbol of the city’s arts and culture, and help it win greater appreciation from citizens.
“The CKSO Vision” was likewise laid out to serve as a guide along which CKSO can make fresh progress toward becoming an orchestra that resonates even more with the audience, the public, the city of Kyoto, and society at large, and fulfil its important role of invigorating the community and delivering joie de vivre to community members through the power of music. I very much look forward to keeping you updated on the progress we make.
Daisaku Kadokawa
Mayor of Kyoto; General Director,
The City of Kyoto Symphony Orchestra 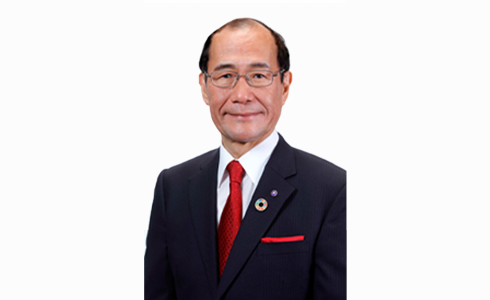 All members of the City of Kyoto Symphony Orchestra (CKSO) are proud and grateful to be part of an orchestra that has achieved remarkable growth thanks to the generous support and encouragement of members of the local community and other people from all walks of life.
We work ceaselessly to improve and perfect what we present, driven by our desire to become an orchestra close to the hearts of local people; deliver our music to ever wider audiences; make CKSO and its music an integral part of the city; and present world-class music from Kyoto.
Fueled by our unwavering faith in the power of music and the orchestra, we look forward to pushing on toward our goal of constantly delivering music that truly comes from our hearts. The City of Kyoto Symphony Orchestra 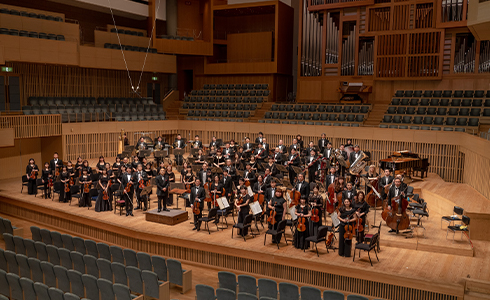